Collaborations Made This Year My Favorite 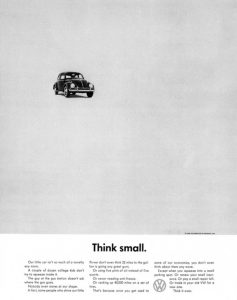 Think Small, one of the most iconic marketing campaigns of all time, is one of my favorite collaboration tales.  Helmut Krone, Julian Koenig and William Bernbach made an unlikely dream team of admen; their approach was unconventional, and their work product even more so. Think Small  was a counter-cultural ad campaign selling tiny German cars to Americans. Fresh on the heels of World War II, common consensus told researchers that every American wanted a Detroit car the size of an ocean liner. Krone, Koenig and Bernach launched their crazy Think Small adverts, expecting calamity but instead finding instant cult classic status.  Even if you don’t know their legendary tale, I bet you’d still recognize the ad format.

At the close of 2018 I’ve had collaboration on the brain.  This year has brought several opportunities to combine efforts with other artists, designers, builders and carpenters.  It has been so busy that I’ve neglected to keep my photo album sufficiently updated, but there are a few I just have to share with you.

One of my first projects in Florida 13 years ago was for an interior designer named Wanda Robbins.  We’ve periodically worked together since that time, but none so much as this year.  Like any good parent I don’t have official favorites, but unofficially… the renovation of a little Eastepointe kitchen this fall was thoroughly enjoyable.  We didn’t break the bank, radically change the layout or even replace the floors.  It was a modest renovation, but our client’s love of French Country styling pushed us into selecting accents outside the box of what’s current and trendy. Wanda’s choice of backsplash, pendant lights and drapery especially brought the simple kitchen to life.  Perhaps most enjoyable of all was the excitement of our client, who planned to reveal the completed project to her children when they visit this holiday season. 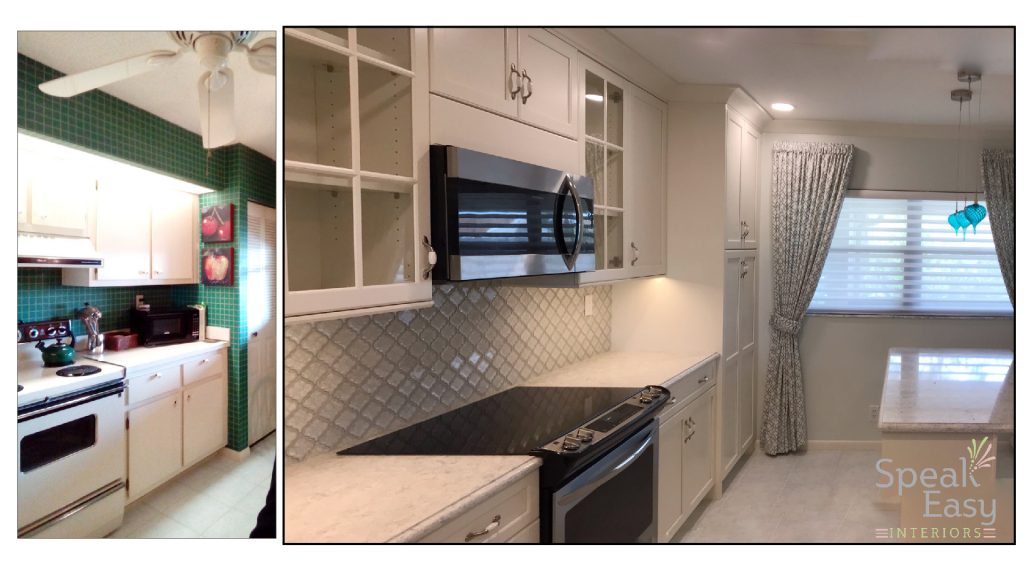 Before & After | Eastepointe Kitchen | A Collaboration with Wanda Robbins Interiors

Loyal readers will remember the Master Bathroom I renovated for family friends in Jupiter some years ago.  In preparation for retirement, D & T said goodbye to that beautiful home this year, downsizing to a Divosta house in Jupiter’s Indian Creek.  D, an experienced carpenter himself, set to work doing much of the extensive renovations himself, though none of us are quite sure where he found the energy.

Their new Divosta bathroom was about half the size of the one they left, but I knew it could be just as beautiful.  After convincing D & T to take another leap of faith with me, we rejiggered the space plan, tore out the infamous Divosta closets (sliding glass doors and all), and D set to work building new cabinetry.

So at half the size, could their new shower be as luxurious as the last?  Of course!  Using bright white finishes and partial walls helps provide the illusion of spaciousness, and their oversized rainhead imparts luxury and grace. 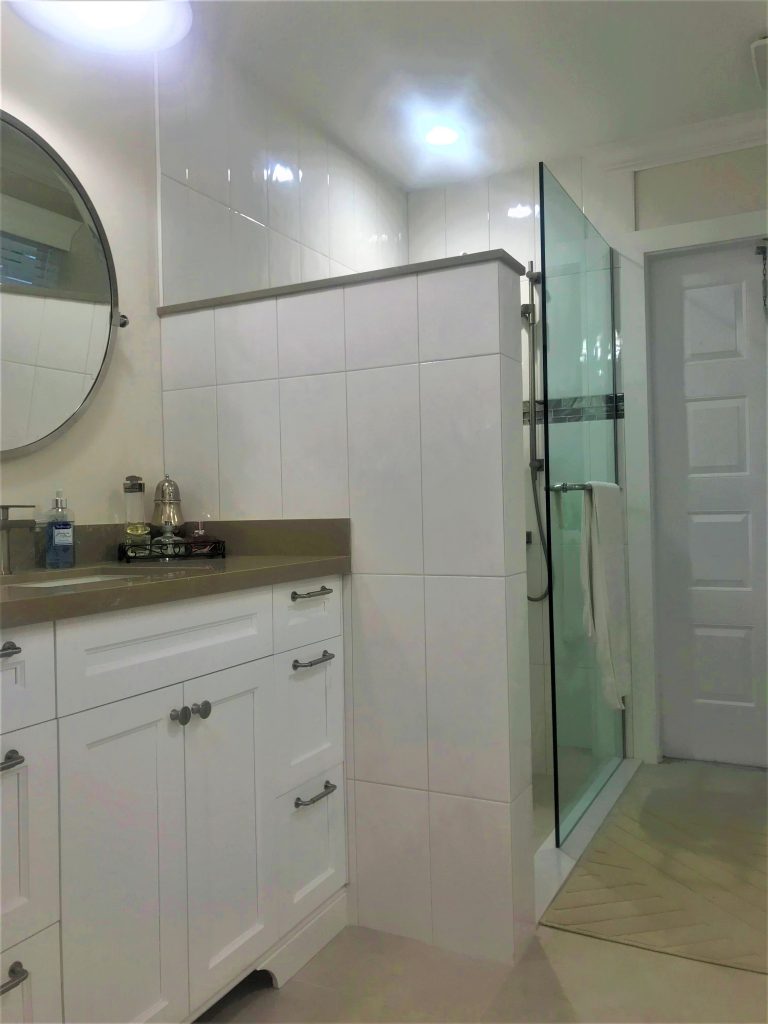 D&T’s new smaller, brighter bathroom packs just as much punch as their last one.

2018 hasn’t been a year of huge projects.  Instead, I’ve spent the year doing small to medium-sized kitchens, bathrooms, millwork packages and space plans; it’s been thoroughly, entirely, completely wonderful.  The consistent threads throughout the year’s work has been cooperation with other talented professionals and clients I really admire.  We should all be so lucky.

To everyone who’s been a part of my year’s work, thank you for bringing your distinctive you-ness to the table. Our work simply wouldn’t have been the same without it.

Do you enjoy collaborations? What do you think makes for successful teamwork?

Collaborations Made This Year My Favorite