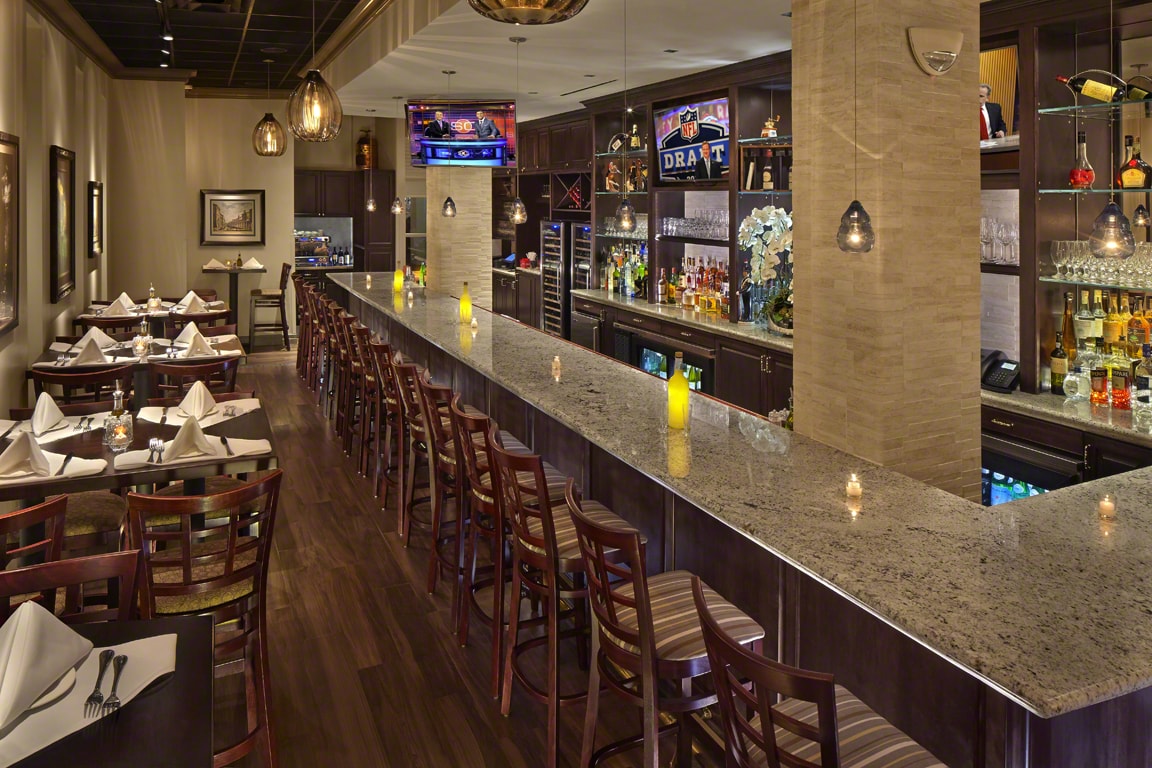 *Three Year Update*
It has been three years since Limoncello moved into their new space, and a lot has happened!

Limoncello Ristorante,  a North Palm Beach restaurant run by a Bolognese man and his two sons, outgrew their 150 seat restaurant and made plans to relocate one block south.  Their restaurant, famous for the kind of food and hospitality that perhaps only Italians can deliver, had a challenge on their hands.  During what can only be described as the most delicious discovery phase of my career, I spent several nights dining at their bar, striking up conversation with its fiercely devoted clientele, digging into their many fears about our relocation plans.  Many were concerned that Limoncello would lose its intimacy, that it would feel like any other chain Italian restaurant, or that they would no longer feel at home in a new space.  At the same time, the restaurant’s owners were intent on achieving a more modern aesthetic.  Thus began a project in which I entirely wore out the word “balance.” 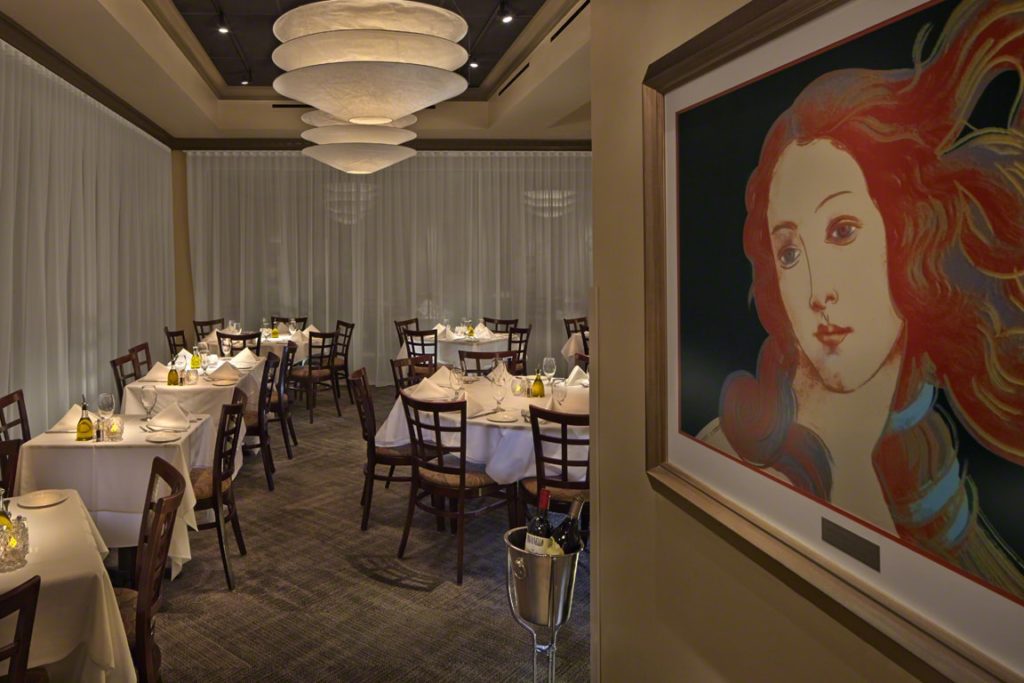 Andy Warhol’s “Birth of Venus” greets you as you enter the dining room. Japanese paper chandeliers and window sheers soften the space.

Achieving that balance was a methodical, intense exercise.  Modern hand-blown Italian light fixtures are peppered throughout what is otherwise a traditionally detailed space, with its large crown molding, rich wood-look floors and warm color scheme.  The wall separating a dine-in bar from the traditional dining room is pierced with contemporary trimless windows, but artwork featured between them is traditional and familiar.  Everywhere your eye rests, traditional is balanced against modern.

One of the most wonderful things about working on this space was the immense potential for storytelling.  The family has a rich history, with several successful restaurants under their belts, an extraordinary list of devoted patrons, in addition to their roots in Northern Italy.  The original owner, Mario, now in his eighties, holds court every evening in the center of the dining room, at an antipasta station and prosciutto slicer. Mario frequently abandons his station, however, to enjoy a glass of wine with the clientele, regaling them with stories and boisterous opinion on any manner of things, but not infrequently resting on the topics of golf and food. 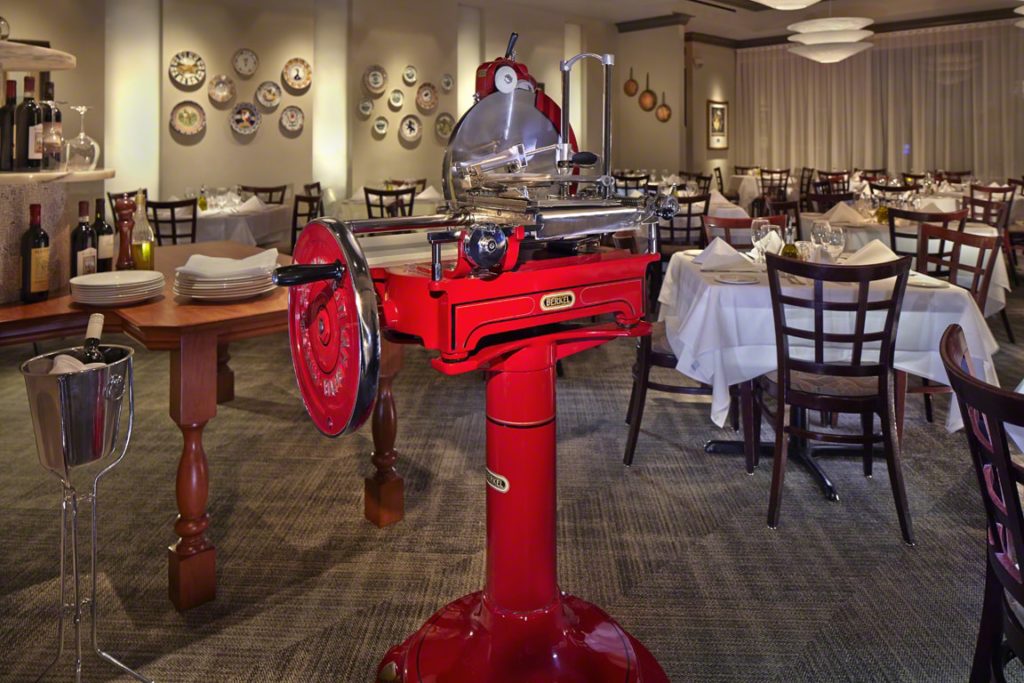 The dining room also features Mario’s grandmothers’ copper pots, hand painted ceramic dishes he and his wife Alice immigrated with, photos and sketches of the Bolognese towers, and framed menus from his famed Long Island restaurants, Capriccio and Papagallo.  The décor tells the family’s story, whether or not their master storyteller is there to personally weave a tale for you. 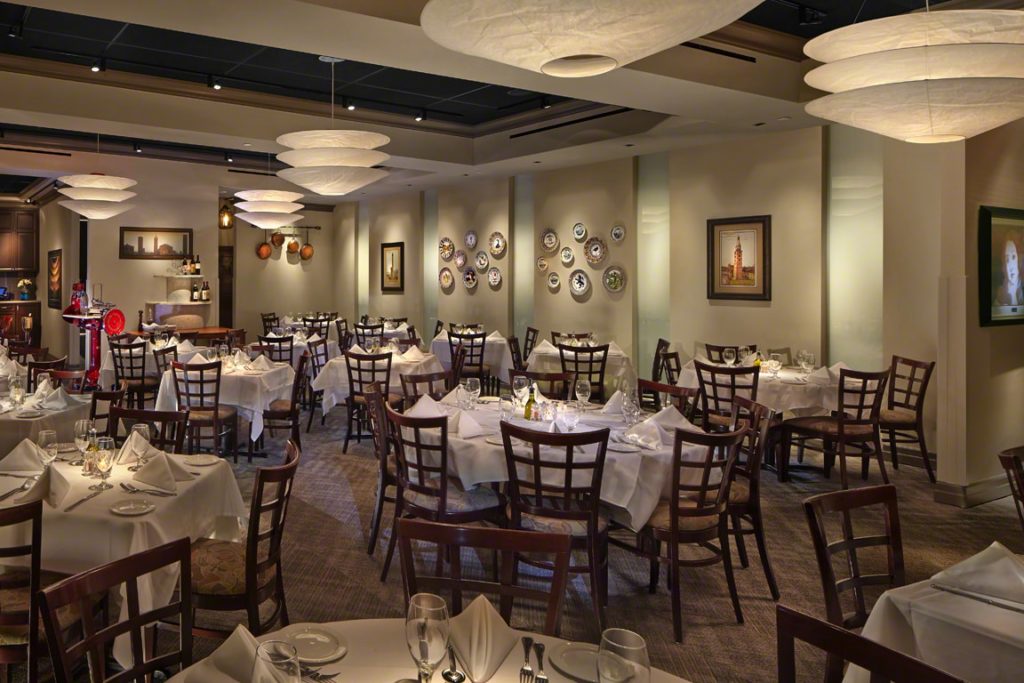 I’m happy to report that after moving into their space, Limoncello’s popularity soared and only two years later, we are working on expansion plans.  Stay tuned for details… ! 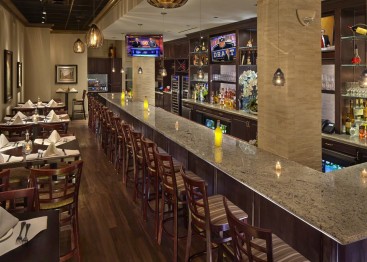